Return to The Miskatonic Museum

Perform the setup as indicated in The Dunwich Legacy Campaign Guide, with the following exceptions:

(Continued on reverse side.) 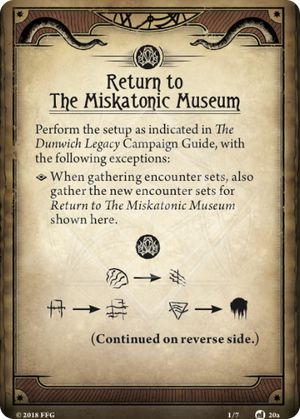 Return to The Miskatonic Museum - Back

For the duration of this scenario, the following additional rule applies:

"While an investigator is resolving the text on agenda 1b and agenda 2b, the Forced ability on the next agenda in the agenda deck is considered to be active."

Attach this card to the scenario reference card as a reminder. 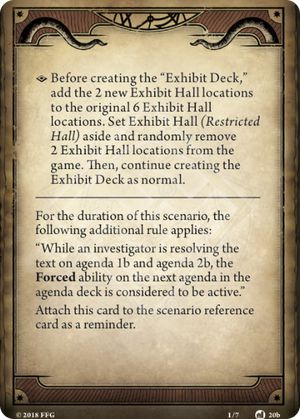